The Caribbean Resort, the Investment Banker and the Dead Handyman 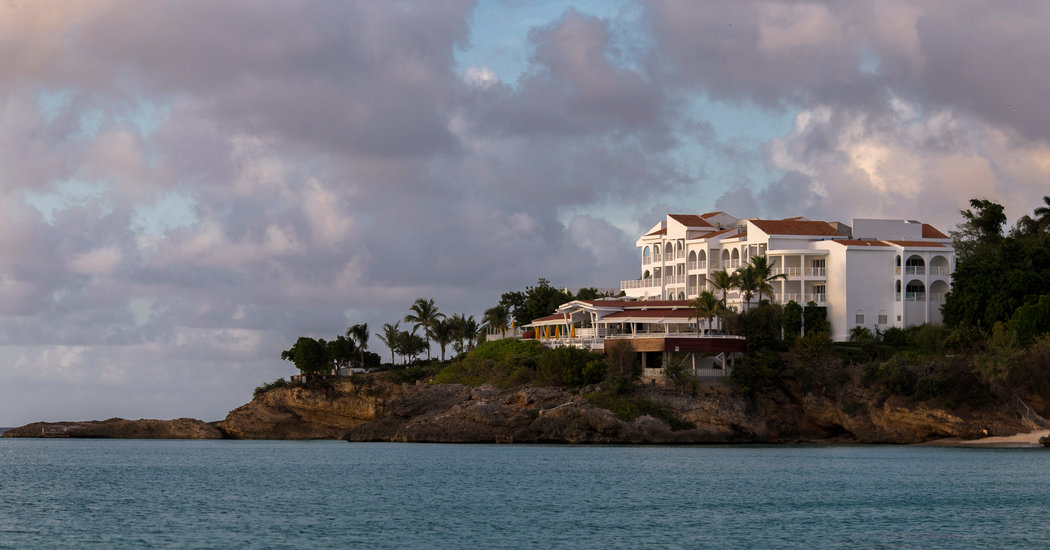 (The judge who granted Mr. Hapgood’s bail noted that some guards at the prison where he was held were relatives of the dead man.)There is much at stake for the small island that calls itself “tranquillity wrapped in blue,” a former member of Anguilla’s Parliament, Haydn Hughes, said in an interview.“Tourism is not number one,” he said. Nevertheless, as he was in uniform and being rational (after all this was an upscale hotel), I said he could come in and take a look and I let him in.”Moments later, Mr. Hapgood wrote, Mr. Mitchel “pulled a knife on me, demanding my money and my wallet.” Though Mr. Hapgood declined to discuss the details of the fight, he said it was a “hard struggle” and he was stabbed and bitten several times.“I feared for my life, as well as the lives of my daughters,” he wrote.As the two men struggled, the girls ran to the front desk for help, and a bellman, Geshuane Clarke, 27, hurried to the room. Mr. Clarke recalled Mr. Hapgood saying, “‘He came at me with a knife, threatening me, asking me for money and asking my daughters for money.’” A “security guy” arrived and told Mr. Hapgood, “We’re here to help,” Mr. Clarke said.Then Mr. Clarke, who also has a job as a dental assistant and who has had medical training, told Mr. Hapgood that Mr. Mitchel was having trouble breathing, but the American replied, “He’s O.K. He’s breathing. I can feel him breathing.” Mr. Hapgood was adamant that he would not let Mr. Mitchel up until the police arrived or the hotel security guards put him in handcuffs, Mr. Clarke said. The Hapgoods, however, said she did not film the incident.The police and paramedics arrived and took Mr. Mitchel away on a gurney. Mr. Mitchel’s father, Neville, however, told the police he had given it to his son the night before.Days later, Mr. Mitchel’s cause of death was listed as “positional asphyxia,” or suffocation in a prone restraint.Since Mr. Mitchel’s death, his friends and family have said Mr. Hapgood’s account seems implausible. Mr. Mitchel was a good-natured joker, they said, and, in the words of one friend, an “ambassador for Anguilla.” He doted on his 2-year-old daughter, they said, and enjoyed his work at Malliouhana.