The Guardians of the French Language Are Deadlocked, Just Like Their Country 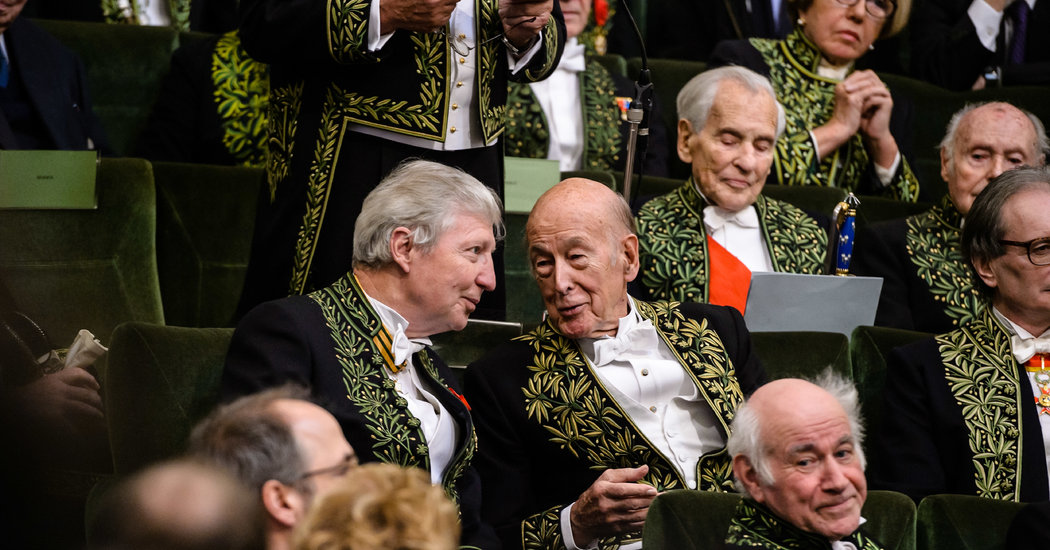 Three times the academy members have voted, most recently in late January, and three times they have failed to achieve a majority.The deadlock, some academy members say, reflects France’s own — between the proud, timeless France determined to preserve itself at all costs, and the France struggling to adapt to a 21st century defined by globalization, migration and social upheaval, witnessed in the “Yellow Vest” revolt.“We’re the reflection of the society, and it’s a society that’s questioning itself,” said Amin Maalouf, the Lebanese-born novelist and a member of the academy.Then there are those who grumble that, for a conservative institution rived by mutually hating factions, it is merely business as usual. Others are encouraged to apply, then lose the vote.“We are alarmed at not finding académiciens that are to the taste of the academy,” Mr. Laferrière said.But some members reject the argument that no upstanding defender of France’s language and cultural values can be found, and hint at a deeper crisis.“It’s absurd,” growled Jean-Marie Rouart, a critic and novelist who has been a member since 1997.The real question, for some, is what the deadlock says about the beleaguered France of today.“What was special about France is that everybody recognized themselves in literature,’’ Mr. Rouart said. The bad mood around us, is it communicating itself to the academy?”To be sure, the ceremonious world of the academy seems a universe away from France’s current Yellow Vest uprising, whose instincts tend more toward revolution than preservation.Last month, the academy members trooped down a wooden staircase of the Institut de France, the sharp drumbeats of the Republican Guard echoing through the marbled halls.They were there to induct the newest member they could agree upon, the novelist Patrick Grainville, an author of baroque fantasies.Mr. Grainville took the seat of Alain Decaux, a journalist, historian and writer who died in March 2016.