The Man Who Told the NBA 'No' 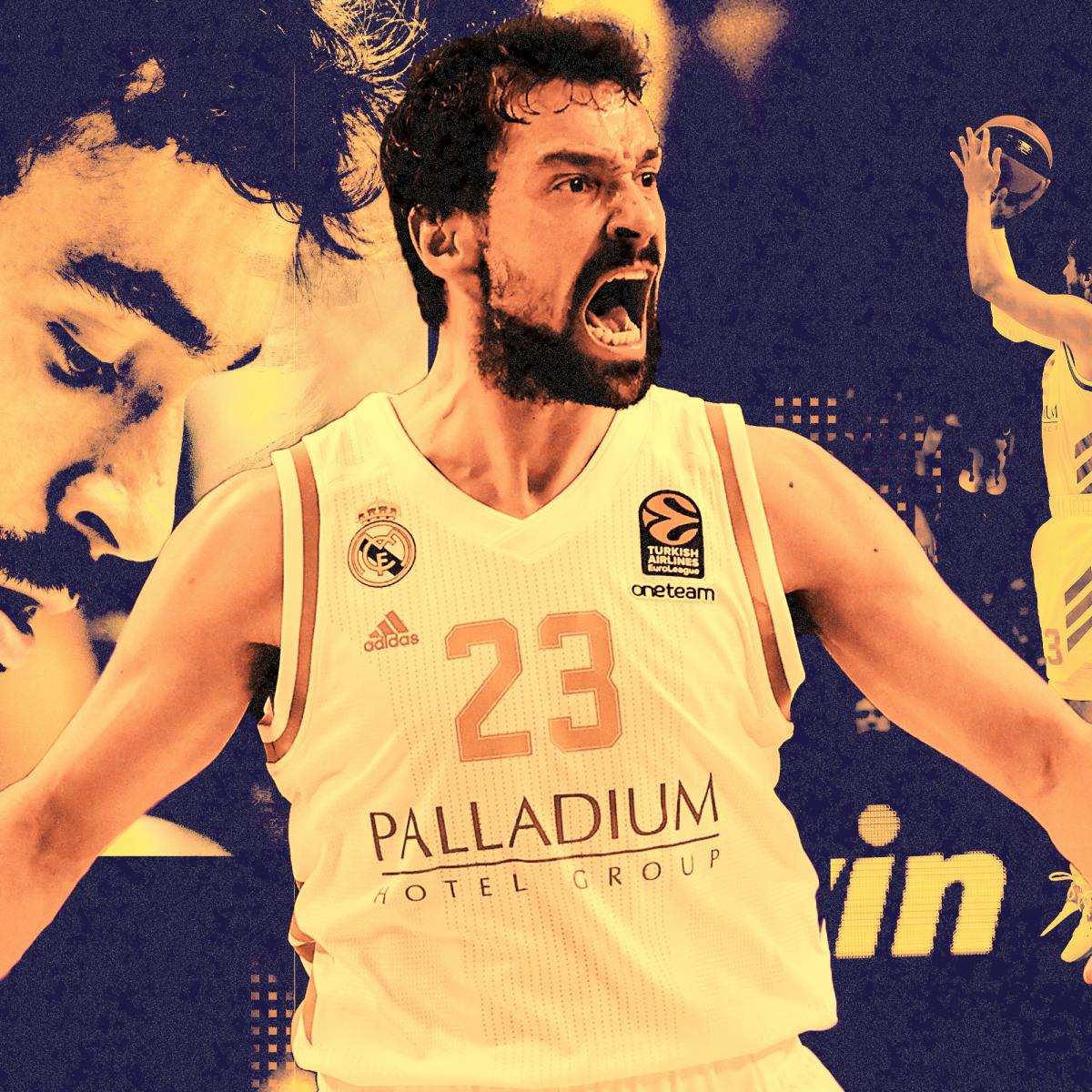 After logging just two points in nine minutes in the first half, Sergio Llull (pronounced "yool"), the 2017 Euroleague MVP, Spanish national team point guard and 34th overall pick in the 2009 NBA draft, launches two 40-foot jump shots and juggles a ball with his feet as halftime winds down. He could have been our starter."Yet, Llull remains in Spain."He'll kill me for saying so, but I don't understand it at all," says Joe Arlauckas, the former Sacramento Kings and Real Madrid forward-turned-broadcaster for Euroleague TV. He received an invite to try out for the Spanish national youth team and joined Liga ACB club Ricoh Manresa the following year.Llull's introduction to Spain's top division was far from eye-popping. Fueled by players such as Pau Gasol, NBA one-hit-wonder Navarro and Llull's Real Madrid teammate Felipe Reyes, Spain became a basketball superpower, winning three Olympic medals, two FIBA World Cup championships and producing countless NBA exports in the two decades since Gasol led a gold-medal victory at the 1999 Under-19 World Championships.In his time with the national team, Llull has added to that legacy, helping Spain claim three Eurobasket golds, two Olympic medals (silver in 2012 and bronze in 2016) and last summer's World Cup gold."The rise has been 20 years in the making," says Fran Fraschilla, who analyzes international draft prospects for ESPN. Spanish basketball culture is most apparent on the club side, where stars such as Llull and Randolph still play less than 25 minutes per game. But beyond basketball in Spain, Spanish hoops culture is equally apparent when the game's products reach the NBA."Only so many players can be stars in the NBA," Fraschilla says. Years of overseas seasoning and negotiation were expected, but, in Llull, Houston spotted a player who fit the future NBA well before anyone else. I've never seen anyone play like him."Back in Spain, Llull went on to win the Euroleague and Spanish League MVP awards in 2017, averaging 16.5 points and 5.9 assists per Euroleague game. Llull returned the next season as Madrid won the Spanish League and finished third in the Euroleague."He really wants to make history in Madrid," says Hornets center and Llull's Spanish national teammate Willy Hernangomez. "He senses the moment and knows what guys need to hear."Before joining the NBA in 2016 and blossoming into one of the young stars of the Spanish national team, Willy Hernangomez was a top prospect playing alongside Llull at Real Madrid. Take a look at Doncic—behind his breakout as an MVP candidate are shades of Llull's game."What Doncic has done is incredible," Madrid shooting guard Jaycee Carroll says. Very different players, but there are key similarities in how they play."Unable to be reached for this story, Doncic told Eurohoops in 2018 that Llull belongs in the NBA, if he wants to be.

As said here by Matthew Foley