Tiny Luxembourg Is Having a Big Brexit Moment

In 2014, the “LuxLeaks” revelations identified hundreds of companies, many of them household names like Amazon and FedEx, as receiving massive tax breaks.Amazon in a statement at the time said that it had “received no special tax treatment from Luxembourg” and that it is “subject to the same tax laws as other companies operating [there].”A FedEx spokesman at the time said the logistics company serves hundreds of countries and territories and is often required to establish legal entities in many of them, and had not used its entity in Luxembourg to reduce its tax base.Following the backlash, the country adopted strict new rules on banking secrecy, and the finance industry has tried to reinvent itself as a thriving, transparent center for capital markets in a post-Brexit world. It’s starting to reap the benefits: today some of the world’s best-known tech companies, including eBay, Skype, and Paypal, have their European headquarters in Luxembourg and others are relocating to the country almost every month.All the while, Luxembourg has remained a major asset management hub: the country is the second-largest market outside of the U.S., with an estimated 4 trillion euros ($4.5 trillion) worth of assets domiciled in the country.The U.K.’s 2016 vote to exit the European Union later this year could mean that British financial firms lose their “passporting rights” that allow companies in EU member states to service clients across the bloc.Many banks have already chosen hubs like Dublin, Frankfurt, Paris, and Amsterdam to secure a foothold in the EU post-Brexit, but Luxembourg’s capital is outstripping rivals many times its size.According to an analysis published earlier this year by think tank New Financial, 275 firms in the U.K. have already moved or are moving some of their business, staff, assets, or legal entities from the U.K. to the EU in preparation for Brexit. Around 250 of those companies chose specific “post-Brexit hubs” for their EU business.While Dublin ranked No. 1 with around 100 relocations, Luxembourg scored a solid second with some 60 relocations—nearly a quarter of the Brexit-related moves.The Brexit shift has mainly bolstered two traditional areas of the finance industry: asset management and insurance, where the Duchy already has a well-established global presence.Statistics released by the Luxembourg financial regulator, the Commission de Surveillance du Secteur Financier (CSSF), showed that Luxembourg gained 10 authorized investment fund managers in 2017—the most recent official data available—bringing it to a total of 306 entities.In its annual report published in March, the Luxembourg insurers’ association said that it had welcomed 15 new corporate members, including London’s Hiscox and RSA, growing its total membership to 84 companies. The country has its advantages: extensive existing finance infrastructure and tax conditions that are favorable compared to some peers, along with good connections to other transit hubs, a cosmopolitan feel, and English-language schools.A major draw for asset managers has been the prevalence of Luxembourg’s third-party management companies or “ManCos,” which are regulated special purpose vehicles that enable businesses outside the EU to easily launch Europe-domiciled mirrors of funds managed in other parts of the world.According to a study by professional services firm PwC, Luxembourg is today home to over 300 ManCos, a number that has increased 4.5% over the last year.Though the country has historically been plagued with a reputation for being a tax haven, its standard rate today is broadly in line with—or even higher than—many other European hubs.

As said here by Josie Cox 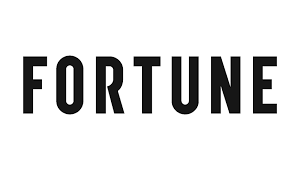