Trump demands apology from freshman congresswomen who clashed with Pelosi 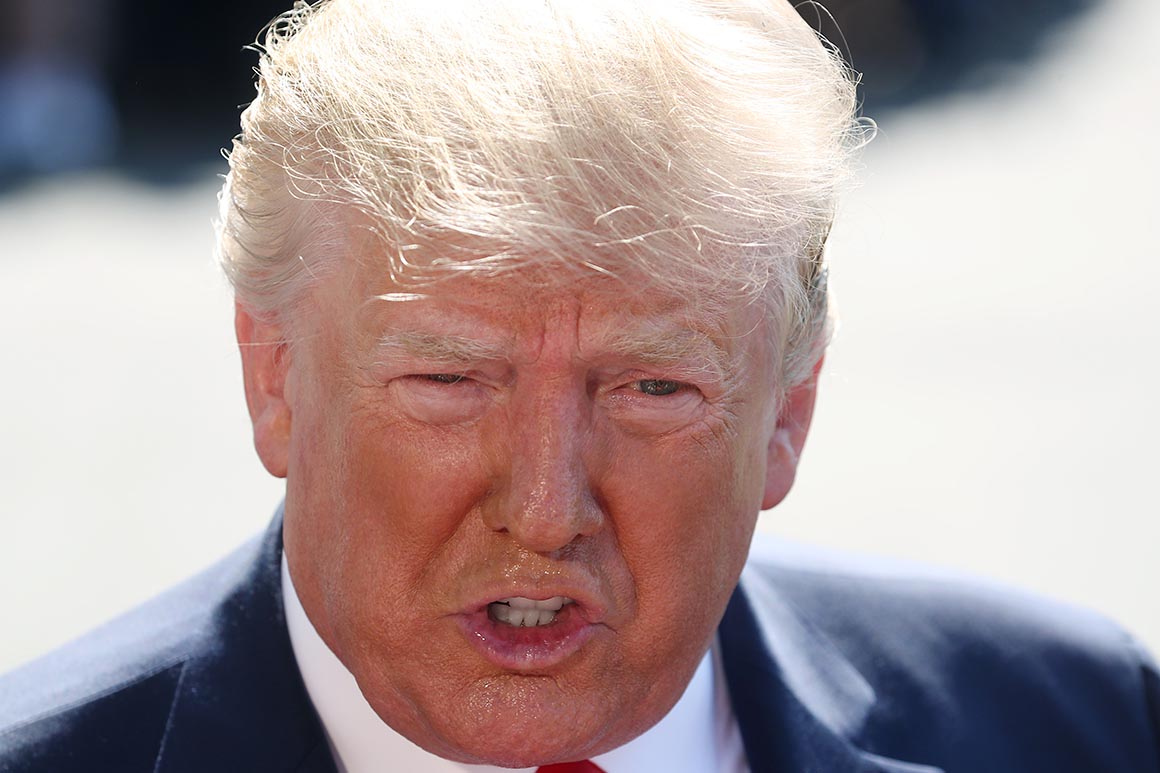 Updated 07/15/2019 03:03 PM EDTPresident Donald Trump on Monday ramped up his attacks on four high-profile progressive congresswomen during incendiary, factually misleading remarks outside the White House, charging that the quartet of freshman lawmakers “hate” America “with a passion.” “If you’re not happy here, then you can leave, as far as I’m concerned, if you hate our country,” the president told reporters, referring to Reps. But if you're not happy, you can leave.”The invective-laden comments represented the president’s latest broadside against the congresswomen, after demanding an apology Monday morning from the liberal firebrands for their "horrible & disgusting actions." The attacks helped unite Democrats in opposition to Trump's rhetoric after a week of party infighting.Trump had written Sunday that the four lawmakers "originally came from countries whose governments are a complete and total catastrophe," even though three of the House members were born in the United States. “Whenever confronted, they call their adversaries, including Nancy Pelosi, 'RACIST.' Their disgusting language … and the many terrible things they say about the United States must not be allowed to go unchallenged.”Trump added: “If the Democrat Party wants to continue to condone such disgraceful behavior, then we look even more forward to seeing you at the ballot box in 2020!” House Democrats on Monday announced plans to draft a resolution to condemn Trump's racist tweets, and Sen. Lindsey Graham (R-S.C.) became the first high-profile Republican lawmaker to challenge the posts, urging the president to "aim higher" in his critiques of the congresswomen."They are American citizens. They hate it, I think, with a passion."Rep. Chip Roy (R-Texas) was the first GOP member of Congress to object publicly to the berating of his Democratic colleagues, writing online Sunday night that "POTUS was wrong to say any American citizen, whether in Congress or not, has any ‘home’ besides the U.S."Several other Republican lawmakers began to take issue with the president's tweets later Monday including Sen. Pat Toomey (R-Pa.), who told CNN Trump "was wrong to suggest" the congresswomen "should go back to where they came from," and called their citizenship "as valid as mine." "I think he speaks for himself on that." Ocasio-Cortez on Monday called the tweets "unfortunate" and "absolutely" a deliberate move by Trump, adding that he "relies on racism, division and anti-immigrant sentiment to consolidate power because he does not have a positive vision for the future of America." Former Housing and Urban Development Secretary Julián Castro — the latest of several 2020 Democratic White House contenders to weigh in on the president's tweetstorm — called the posts "disgusting" and "racist" on Monday, and claimed that many Republican officials are privately offended by Trump's messages."There are a lot of Republican politicians that recognize that this is racist. They've heard this phrase before about 'Go back home,'" Castro told CNN."These Republican politicians understand that, but as others have said, they are afraid either to cross the president or to cross a base of people that they think they're going to have to face in a primary," he said.Trump's tweets have also become the subject of international condemnation, with spokesperson for outgoing British Prime Minister Theresa May telling reporters on Monday that she found "the language used to refer to" the congresswomen "completely unacceptable.” Marc Short, the chief of staff to Vice President Mike Pence and the White House's former legislative director, defended Trump's rhetoric Monday morning on the Fox Business Network. I'm not in there doing the Twitter war."Cuccinelli insisted, however, that Trump's controversial post was not racist, and disimssed it as "presumably political hand grenades."Trump’s social media ambush on the congresswomen followed a week of Democratic infighting between the liberal firebrands and House Speaker Nancy Pelosi (D-Calif.), who tweeted in support of her four caucus members Sunday morning.“When @realDonaldTrump tells four American Congresswomen to go back to their countries, he reaffirms his plan to ‘Make America Great Again’ has always been about making America white again.

As said here by QUINT FORGEY