Trump response to coronavirus is a political reckoning - Business Insider 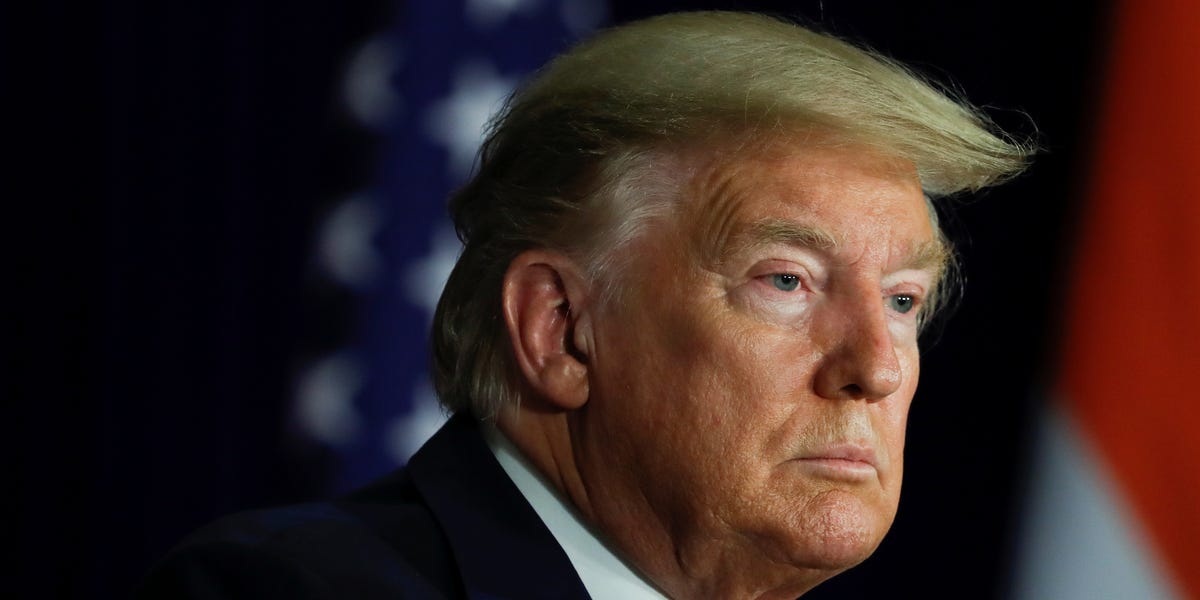 As American public-health officials sound the alarm about the potential for a coronavirus epidemic in the US, President Donald Trump is insisting that there&apos;s nothing to worry about, putting him at odds with countries around the world and his own medical experts.The Centers for Disease Control and Prevention announced this week that the public needed to brace itself as the COVID-19 virus, known as the novel coronavirus, sweeps the globe and is increasingly likely to spread within the US — a possibility that would most likely force changes to daily life for many Americans."It&apos;s not so much of a question of if this will happen in this country anymore but a question of when this will happen," Dr. Nancy Messonnier, the director of the National Center for Immunization and Respiratory Diseases at the CDC, said during a press call on Tuesday. The president said China, where the virus is thought to have originated late last year, "had a rough patch, but now it looks like they are getting it more and more under control.""I think that is a problem that is going to go away," he said.As of Tuesday, China had 77,780 confirmed cases (518 new) of COVID-19 and 2,666 deaths (71 new) from it, according to the World Health Organization, with cases now in 41 countries.If the coronavirus breaks out in the US and forces the quarantining of American towns and cities, Trump&apos;s refusal to acknowledge its seriousness, on top of years of cuts to public health, could prove a massive political liability. Ultimately, the department went from working in 49 countries to just 10.Here are some other actions the Trump administration undertook to dismantle government-spending programs related to fighting the spread of global diseases, according to Foreign Policy:The Trump administration recently requested $2.5 billion in emergency funds — $1.25 billion in new funding and $1.25 billion to be diverted from other federal programs — to aid in preparing and responding to coronavirus cases in the US.But Democratic lawmakers and health experts skewered the administration as not going far enough to combat the crisis.To put it into perspective, during the spread of the Ebola virus, there was no risk of a large-scale domestic transmission of the disease, but Congress still requested $5.4 billion. In the days after, the president ousted two key witnesses who testified against him as well as the twin brother of one of the witnesses, who was not involved in the investigation.Last week, Axios reported that John McEntee, who heads up the presidential personnel office, called in White House liaisons from various federal agencies and asked them to root out political appointees across the government who were thought to be anti-Trump.At the same time, Trump&apos;s allies in the media are working overtime to spread conspiracies and push the president&apos;s agenda.On Wednesday, the conservative radio host Rush Limbaugh told his listeners that Messonnier, the CDC official who warned of an increased risk to the US public, was part of the so-called deep state because she&apos;s related to former Deputy Attorney General Rod Rosenstein."It looks like the coronavirus is being weaponized as yet another element to bring down Donald Trump," Limbaugh said on his radio program. The coronavirus is the common cold, folks."Trump awarded Limbaugh with the Presidential Medal of Freedom at this year&apos;s State of the Union Address.Replacing political figures with those who exhibit more overt loyalty to the president is one thing, but replacing nonpartisan, career officials — like those who work in public health, national security, and foreign policy — in favor of politically motivated officials is "dangerous," Haider said."We need collaboration and cooperation from everybody at every level of the government," Haider said.

As said here by Sonam Sheth