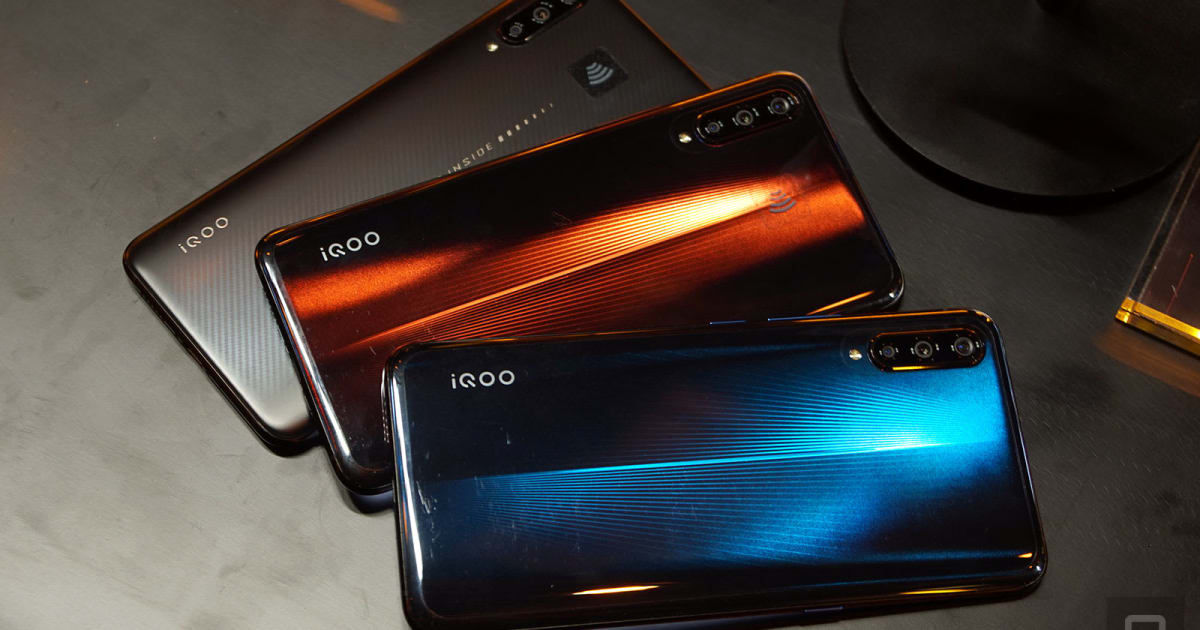 Vivo is no stranger when it comes to a list of "firsts" in the smartphone market, with notable achievements including the in-display fingerprint reader, the notch-less all-screen design, the pop-up front camera, the dual-display implementation and, most recently, the port-less all-glass device.Now, the Chinese company is flexing its mobile muscles by tapping into the gaming segment, and it's doing so by way of a new sub-brand dubbed iQOO, which awkwardly stands for "I Quest On and On." Naturally, its first namesake smartphone is also quite the powerhouse.Perhaps to no one's surprise, the iQOO runs on Android 9 and is powered by Qualcomm's Snapdragon 855 chipset, with the 2,998 yuan (about $450) base model shipping with 6GB of RAM plus 128GB of storage, and the specced-out model packing 12GB of RAM plus 256GB of storage but asking for 4,298 yuan ($640).The main specs are pretty much the same across the iQOO family, namely a 6.41-inch 2,340 x1,080 AMOLED display with a dewdrop notch (91.7-percent screen-to-body ratio), in-display fingerprint reader, triple rear cameras, NFC and LTE bands that are good for US and Europe.With the exception of the 6GB RAM base model, these devices all feature a new 44W Vivo Super FlashCharge, which takes just a mere 15 minutes to charge the depleted 4,000mAh battery up to 50 percent, or just 30 minutes to go from zero up to 85 percent, or just 45 minutes to get it fully charged.All these models feature a 3D glass body on the back decorated by an LED strip running partially down the middle, along with blue or orange reflective light trails surrounding the strip -- as inspired by sports cars, apparently.

As said here by Richard Lai