'We're going to call it out': Sanders team thinks media is writing him off 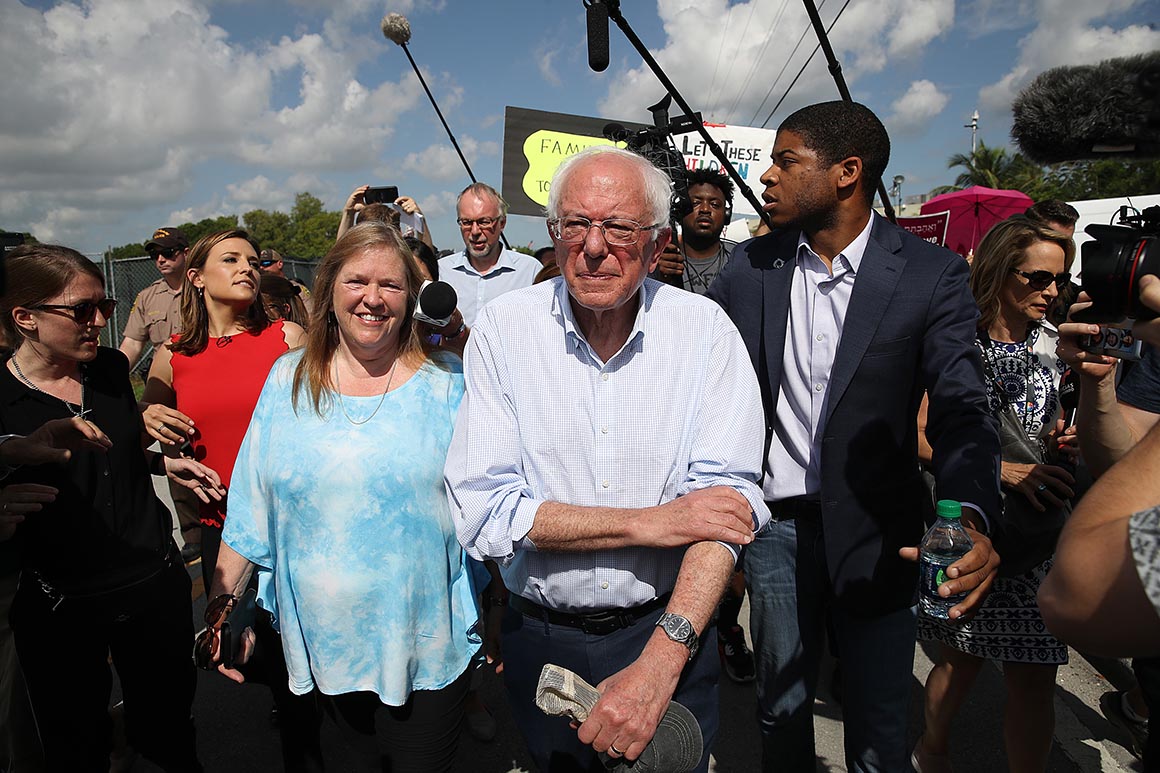 It’s not going to happen, but campaign manager Faiz Shakir thinks he knows what it would reveal anyway.Story Continued Below"This isn't intended to be a sweeping generalization of all journalists,” he told POLITICO, “but there are a healthy number who just find Bernie annoying, discount his seriousness, and wish his supporters and movement would just go away.”In the 2016 Democratic primary, Sanders’ complaint about the media was that he was ignored, especially early in the campaign, while a phalanx of reporters trailed Hillary Clinton and cable networks turned live to Donald Trump’s raucous rallies.Now, he’s not having trouble getting airtime, giving interviews in just the last week on ABC, NBC, MSNBC and CNN. https://t.co/eI2wgHt0uYSome reporters, Shakir told POLITICO, “attempt to hide their disdain and masquerade their commentary behind purported straight pieces that amount to seeing everything as a 'bad news for Bernie' moment."The Sanders campaign is quick to distance itself from Trump’s claims that unfavorable stories are “fake news” and that the media is his “enemy.” Shakir said Sanders "appreciates and understands the role the media plays in a democratic system" and that the campaign tries to isolate examples of what they consider unfair coverage rather than making sweeping generalizations.“Donald Trump goes on the assault against the entire news media simply for being, in his mind, a perceived slanderer of him," said Shakir, "and facts don’t matter in that analysis." Dan Pfeiffer, a former senior adviser to President Barack Obama and a co-host of “Pod Save America,” told POLITICO he generally considers “it a good thing that the once-private arguments between campaigns and reporters are now happening in public,” though he said he questions the effectiveness of Sanders’ media critiques. After the story was published, Sanders requested a phone interview, eventually telling the reporter, “You don’t understand a word that I’m saying.”Rabin-Havt told POLITICO there’s something akin to a language barrier between political journalists and the campaign.“They just will never buy that we don’t think it’s a game,” he said. Sanders hosted a cable access show in the 1980s, and many of his campaign staffers have backgrounds at progressive news outlets — Shakir was founding editor of ThinkProgress, Rabin-Havt served as executive vice president at Media Matters, Sirota wrote for The Guardian, and national press secretary Briahna Joy Gray was an editor at The Intercept.They all share a skepticism of the “corporate media.” “The media work for huge multinational corporations,” Sanders told Rolling Stone last month, adding that “anyone with my agenda is going to attract a lot of opposition.”He doesn’t have much patience for reporters who want him to talk about anything other than that agenda.

As said here by MICHAEL CALDERONE