Why do so many American soccer stars move to Germany? - Insider


the Champions League
the Bundesliga year
the World Cup 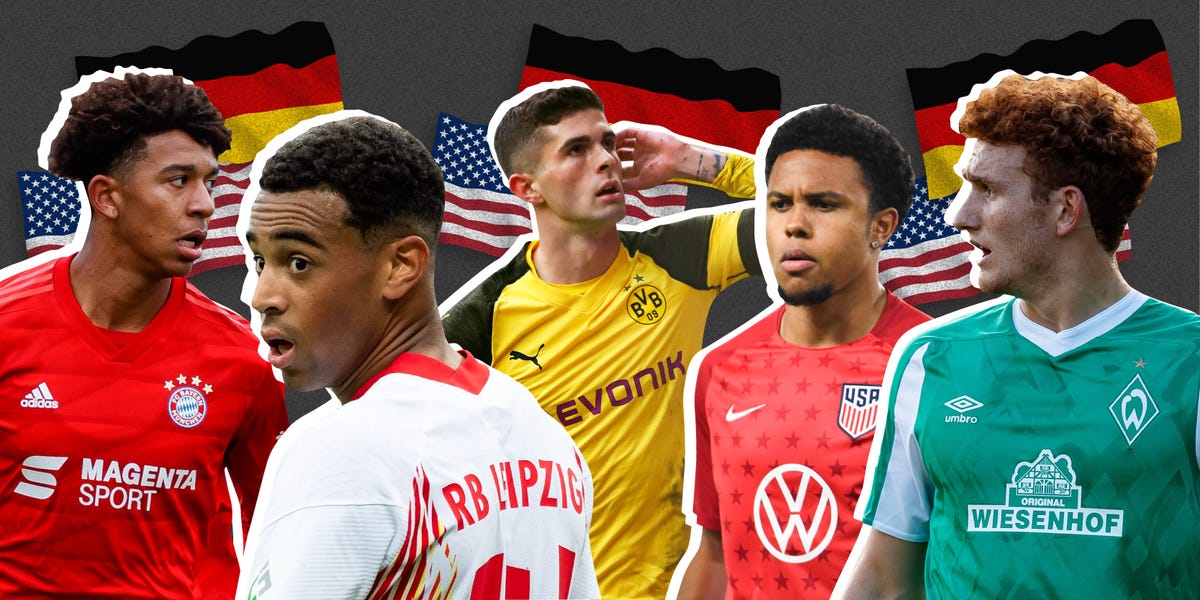 Aspiring soccer stars always want to emulate their heroes.And when a 17-year-old Christian Pulisic scored his first Bundesliga goal for Borussia Dortmund against Hamburg SV in April 2016, the then 17-year-old changed the benchmark for young Americans aspiring to make it in pro soccer.No longer did the United States&apos; finest young stars want to follow in the footsteps of Clint Dempsey and Tim Howard and play in the English Premier League, nor did they want to try and emulate the achievements of Landon Donovan in the MLS — they wanted to go to Germany.Currently, no top flight league in the whole of Europe boasts more Americans, nor USMNT internationals, than the Bundesliga, and several more stars have secured big money moves away from Germany to other elite European leagues in recent years.There&apos;s Tyler Adams at RB Leipzig, Weston McKennie who moved from Schalke to Juventus this summer, Werder Bremen&apos;s Josh Sargent, Bayern Munich&apos;s Chris Richards, Wolfsburg&apos;s John Brooks, and of course, Pulisic, the most expensive American soccer player ever."I would say he&apos;s paved the way for so many Americans to look at, you know, how they set their goals and their mindsets," Leipzig and USMNT midfielder Adams, 21, told Insider of Pulisic. A study by the CIES Football Observatory in 2019 showed that the average age of the starting XI&apos;s in the German top flight was just over 26 – the lowest in any of Europe&apos;s top five leagues.Last season, Borussia Dortmund, which finished second in the Bundesliga behind Bayern Munich, boasted an average team sheet age of slightly under 26.Adams&apos; RB Leipzig, which finished third and made the Champions League semifinal, had an average age of just over 24."The main reason that a lot of young players want to come here, is [that] you see player after player given their opportunity to go out there, whether they make a mistake the first game or not, they&apos;re trusted that they are only going to get better with more minutes," Adams, who moved from the New York Red Bulls to Leipzig in 2019, said."For me, when I made the move to Germany, that was one of the main reasons, it was a clear development plan for me in how I can continue to get better as a player, and as a person, and continue to grow."It&apos;s one of the main reasons I&apos;m really enjoying my time at Leipzig."The Leipzig star added: "Having the youngest team in the Bundesliga year after year just goes to prove that [the club] is only going to continue to play young players."This is the philosophy we believe in, and we&apos;ve proven that we can have a lot of success now with a young team."

As said here by Barnaby Lane